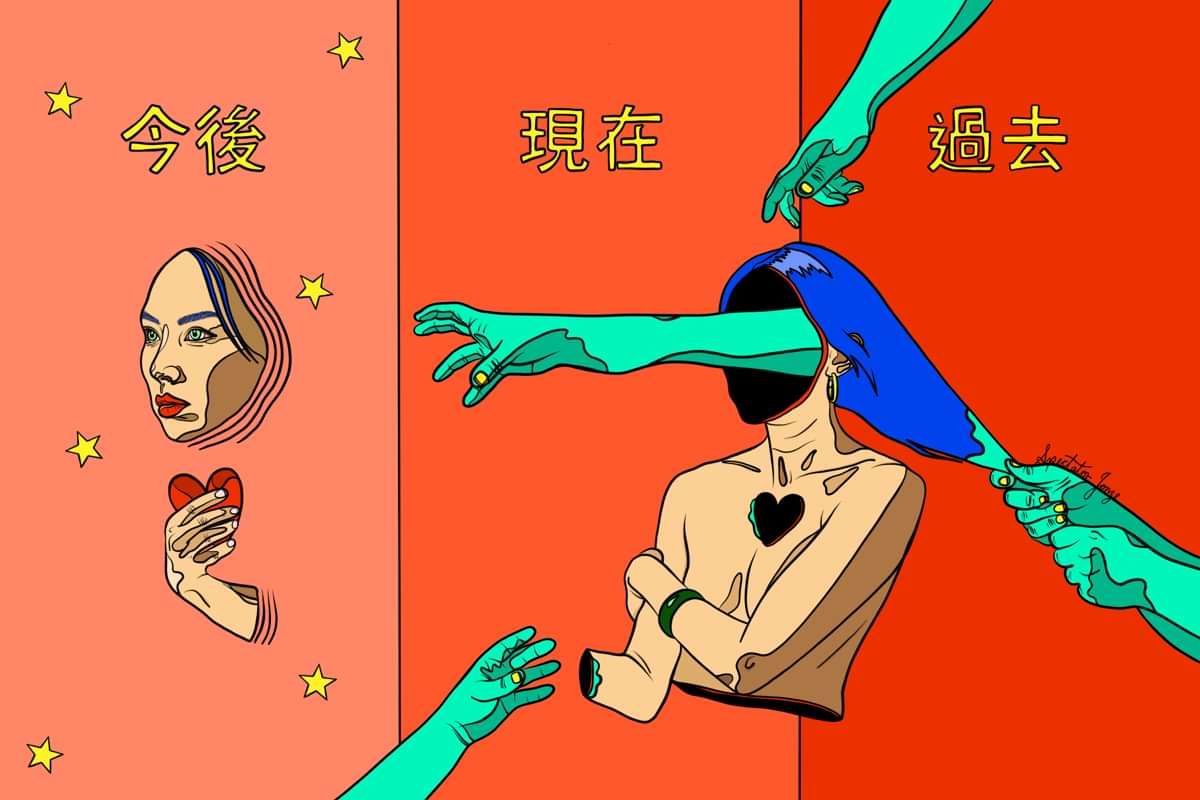 Illustrations and Interviews with Spectator Jonze 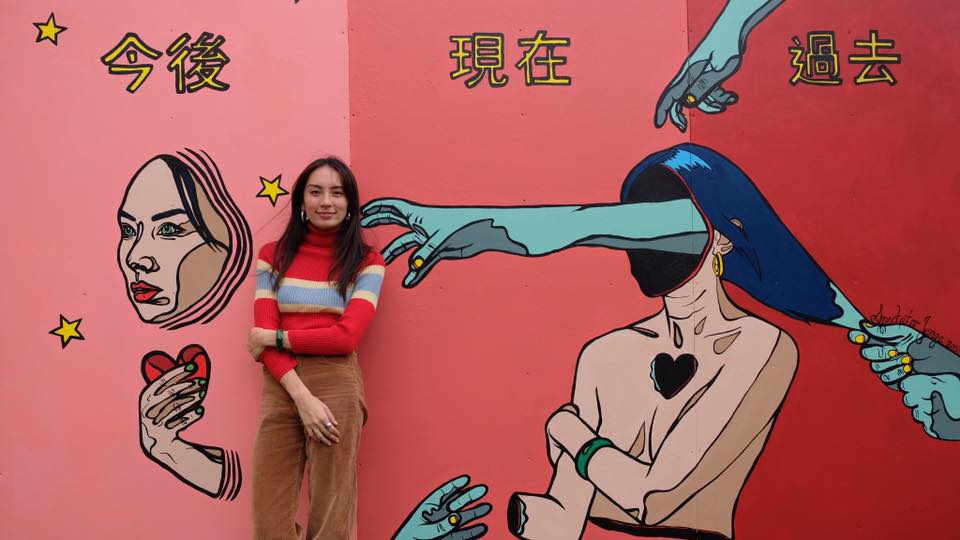 Spectator Jonze is the art alias of multi talented creative - Deena Lynch. The Brisbane creative looks to use her illustrations to explore the complexities of mental health and create a further understanding. As she puts it:

‘Spectator Jonze’ is the culmination of self-discovery and healing that has evolved into a people project of passion - bringing mental health to light by depicting the often taboo subject of our individual battles into a colourful, comedic display of imperfectly perfect beauty.'

We are proud to have some of Spectator Jonze's illustrations in which she interviews her subjects about mental health before she draws them.

#62 - Nikki: Running the Show From Below

I've never met Nikki in real life but she has been a huge supporter of firstly Spectator Jonze and now across all of my Jonze projects for a long time to the point I consider her a good friend. Not only has she always been supporting all of my creative endeavours but she also has extended herself to care for my general wellbeing. She is one of the very few who has ever checked in on me in return and often, despite being so far away and not a person in my everyday. I value her friendship dearly. When she told me her story and finer details about her demon, I could very much feel the angel inside of her that has control most of the time. This is my favourite portrait I've drawn to date and I feel it's because she has allowed me to really connect with her as a person - good, bad, beautiful, ugly and celebrating/acknowledging all of the facets we should embrace and not hide. Thank you Nikki.

Myself and the demon is still inside this shell of a body. I constantly try to claw my way out of the pit of my stomach to defeat the demon. I never feel strong enough.

For a long time, I never told anyone about the demon. A straight jacket and padded room were not for me so I would just keep quiet and deal with it.

This went on for over 2 decades, buckets of tears, self-harm, hurting others and daily suicidal ideation. The demon wanted me dead and I would get sick of fighting and think that maybe the demon was right, OD-ing twice to attempt suicide. If I could just tune it out or shut it off then maybe I could be happy, but I just don't know how. The really weird thing is that I remember everything when the demon takes over but I don't know it is happening in the present. It is always like the good part of me is trapped as the demon regained control.

My advice to that girl 20+ years ago is to talk to someone. It can't get better if you keep it within yourself. Build a support network, find help. I still fight control with the demon but the difference is that I am not alone in the fight anymore." - Nikki from Menomonee Falls, Wisconsin, USA 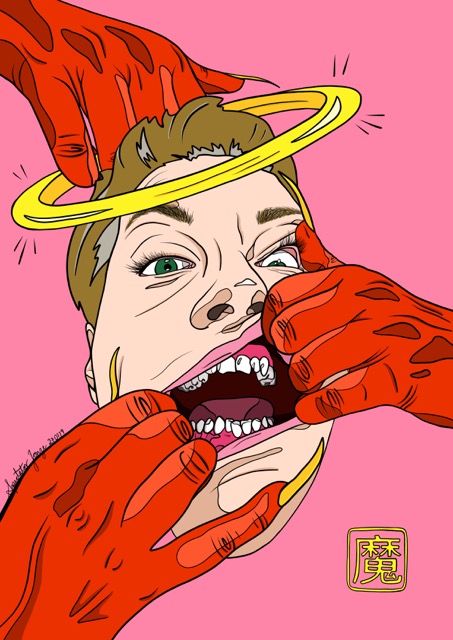 I've never met Ali in real life, and to be honest, I don't even know how I found her online. We connected over Instagram and had an open discussion about anxiety, depression and riding the ups and downs of our mental healths. She's an advocate for positivity and mental health on her own page and I was inspired by her strength and openness. Unlike most influencers on Instagram, Ali keeps it really real - reminding everyone of the truths underneath the surface and never being afraid of sharing her own. The truth is, whether we're unwell or very well, we all have a mental health just like a physical health and we need to be open to talking about it.

“For me, mental health is always reminiscent of the sea - although it may be calm now, I know the damage and destruction it can cause and I’m always fearful of it pulling me back under. I’m one of those smiling depressives. I laugh when I’m talking about my own pain, and make jokes to avoid admitting that I’m hurting. You wouldn’t know I’m depressed. I can pull myself “together” quite quickly... but it’s fake.” - Ali Hemsley, United Kingdom 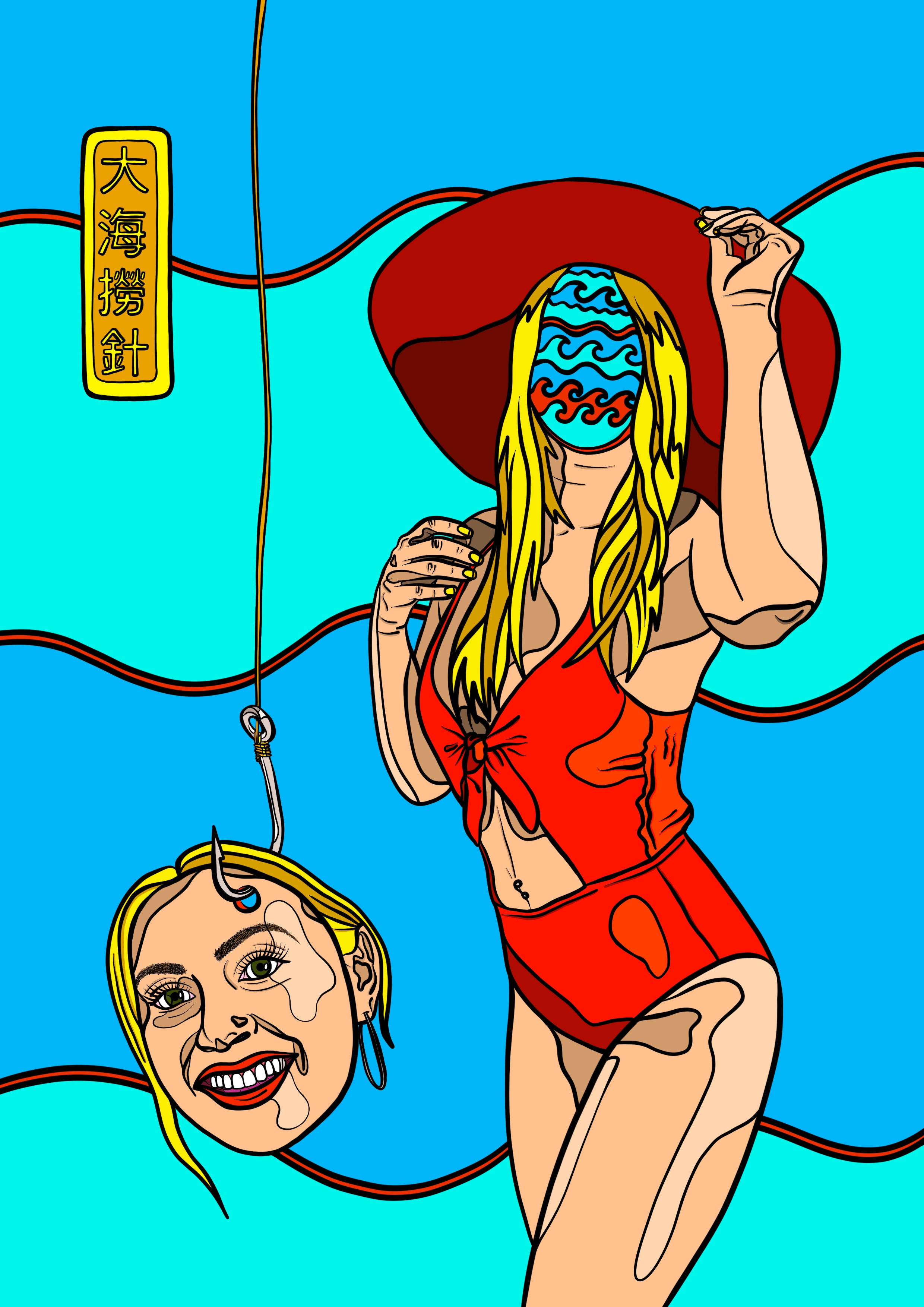 I got to interview Megan a week before I drew her live over 5 hours at Clipped Festival as part of VIVID Sydney this year in June. She walked in like a magical earthquake and I was instantly drawn into her epicentre. Initially meeting at a quaint cafe in Brisbane, she quickly changed her mind and dragged me next door to a wine bar. Two wines in, I was magnetised and excited to draw her. She was an open book and shared things from the struggle of creativity, the obstacles of artistry and what society wants of you, her own quirks of forgetfulness and deep thinking, relationships, parenthood, moving cities and more. It is so undeniable that she is an artist and a talent and I was so honoured to not only be in her presence but to have the daunting opportunity to draw her live in Sydney.

"I have a problem. It’s not the worst thing in the world. I’m fine. I’m not on fire. I know that other people in the world have far worse things to deal with, but for me, language and music are inextricably linked through this one thing. And the thing is that I have a stutter. It might seem curious given that I spend a lot of my life on the stage. One would assume that I’m comfortable in the public sphere. But the truth is that I’ve spent my life up until this point and including this point, living in mortal dread of public speaking. Public singing, whole different thing.

I’ve had a lot of therapy, and a common form of treatment is to use this technique that’s called smooth speech, which is where you almost sing everything that you say. You kind of join everything together in this very singsong, kindergarten teacher way, and it makes you sound very serene, like you’ve had lots of Valium, and everything is calm. That’s not actually me. And I do use that. I do. I use it when I have to be on panel shows, or when I have to do radio interviews, when the economy of airtime is paramount. I get through it that way for my job.

But as an artist who feels that their work is based solely on a platform of honesty and being real, that feels often like cheating. 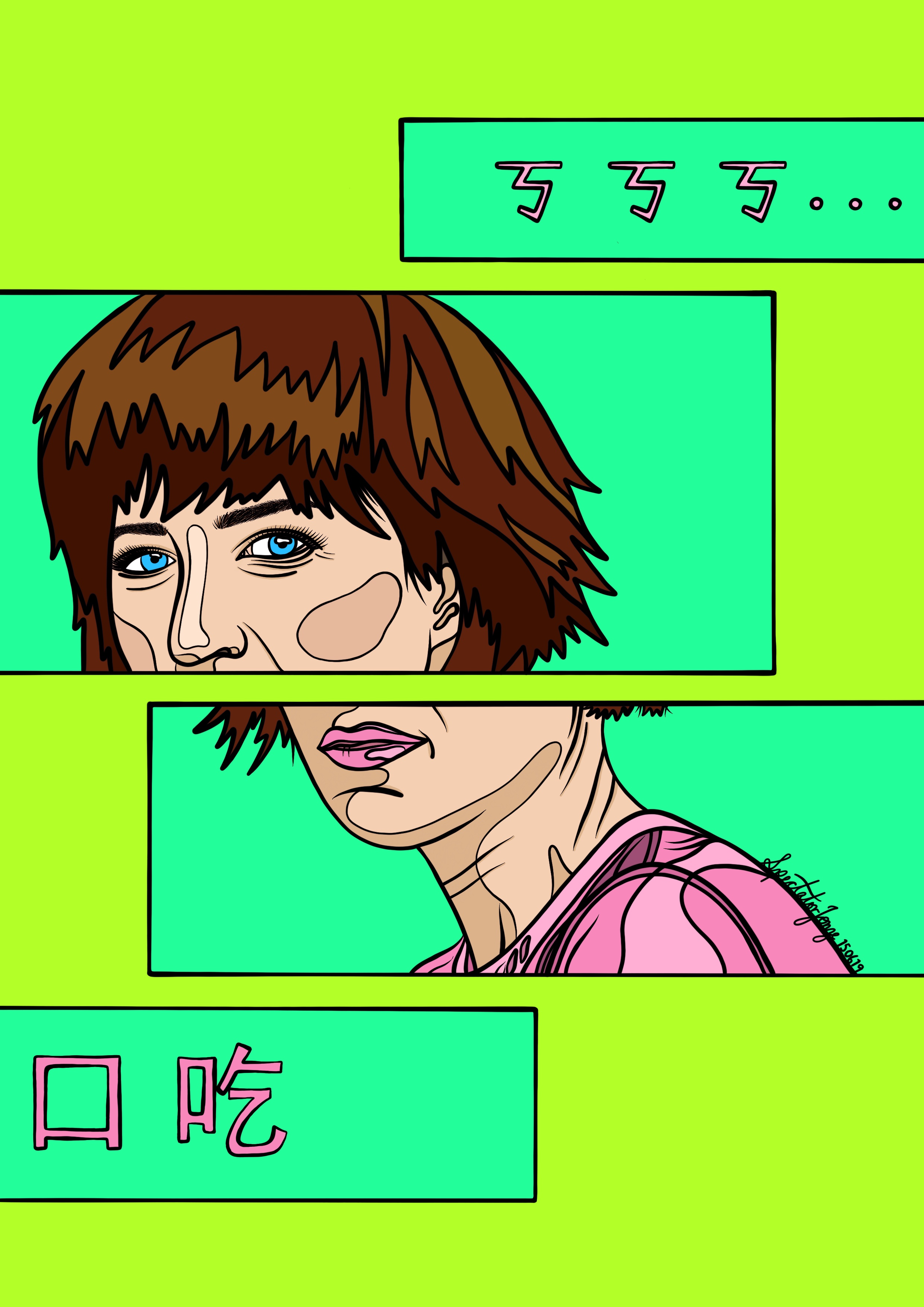 This 8th self-portrait (and first ever painting and mural I've ever done, thanks to Brisbane Street Art Festival) is for those who have been abused, assaulted, tortured, raped and marginalised. It goes out to those who have had to drag themselves out of the toxicity of narcissism, gas-lighting, aggression or white-anting. It is dedicated to those who have endured terror, trauma, sadism and cruelty. It is for all those who are broken-hearted, grieving, suffering and working through fear, depression and anxiety. At a time, when I was very much at rock bottom and couldn’t even fathom mustering the energy to do anything, let alone try and paint a fucking mural, I was blessed with fighters around me. Fighters who showed me that I can climb the mountain of trauma that lay before me. That I should seize these misfortunes as opportunities and do something with it. That I can have a healthy and happy life. That I was deserving of so much. That I will heal from pain. That the trauma doesn’t have to define you. That I wasn’t alone. And so I have become a fighter too.

I was way out of my comfort zone but I put everything into this mural over the last 2 weeks. I didn’t even know how to use a paint roller. I hadn’t even worked beyond an iPad size previously. I spent a lot of time on my own all day everyday and treated this opportunity as a therapeutic process of expression and reflection. When people and strangers gave me their time, it was an opportunity for connection, learning and sharing. From right to left, the characters say ‘Past’, ‘Present’ and ‘From Now On’. Although this is very much a personal self-portrait, it is for everyone around me who needs to feel and hear the same message to get up from rock bottom. Because you can be a fighter. You can have a healthier and happier life. You are deserving too. The trauma doesn’t have to define you, and you’re most definitely not alone. It is hard, but it gets easier. So I ask, what are you going to do, what are you going to accept and what are you going to change ‘From Now On’? Because you too, are a fighter. 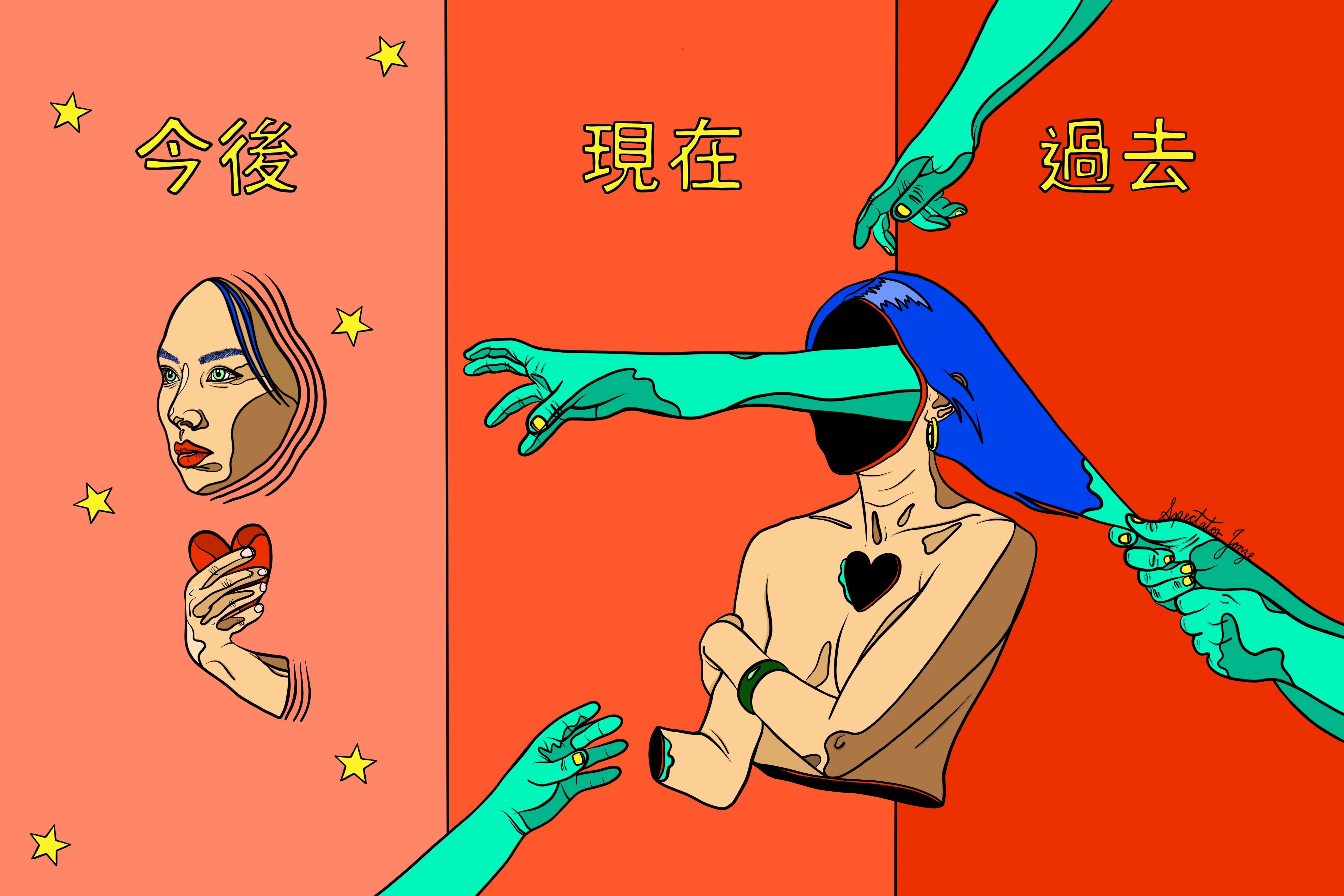 Keep an eye on all things Spectator Jone HERE